Crisis communication situations happen all the time. It is so important to be prepared to handle them at any time - even, it seems, when you're at the bakery.

We’ve all been there. You’re hungry and perusing all the bakery sweets. You’d like nothing more than to lick the goods and see what tastes the best, but you hold off. If this scenario sounds familiar, congrats, you’ve got more self-control than American pop singer and actress Ariana Grande.

#DonutGate is the latest Public Relations fail, and Grande’s apology is generating quite a stir on social media. Adweek's blog, PRNewser, has a summary of the situation, where you can also check out a video of Grande in all her donut-licking glory. Grande also published a YouTube apology (which has since been taken down) and an apology tweet in the aftermath of the situation. It all seemed hastily done, and the crisis communication manager in us found a few issues that we’d change.

Here are four aspects of her apology that I would have handled differently.

1. Don’t refer to what happened as a “private moment taken out of context.” As a celebrity in a public place of business, licking a donut, cursing and stating that you hate America and its citizens is fairly hard to take out of context. In what context would that be okay?

2. Instead of trying to spin the incident into a movement for healthy eating, accept that what you said was wrong. Trying to advocate for fitness and clean eating after saying that you hate Americans is sending a mixed message. Plus, if you hate donuts and the “poison” that so many American put in their bodies, why are you in a bakery in the first place?

3. Put more effort into the spelling and grammar. When you’re reading through an apology and see misspellings and other grammatical errors, the grammar police are going to be writing you a ticket. While these are minor details in light of what happened, paying attention to spelling and grammar shows that you put effort into your apology. When you’ve offended that many people, you don’t have time to be lazy.

4. Apologize sincerely and admit your guilt. Instead of starting off with excuses, lead by owning up to what you did. Being defensive isn’t going to make people forgive you. Additionally, releasing the video first would have seemed more sincere. We’re visual people, and seeing her talk about what happened is more relatable that reading words that could’ve been written by anyone.

Overall, be sincere and honest when recovering from a gaffe. The public is willing to forgive mistakes, but less likely to forgive someone who denies everything that they did, especially when there’s video proof. Only time will tell if this proves to be a Dixie Chicks moment or if it all blows over. In the meantime, grab a donut. There are plenty of good ones that haven’t been licked yet. 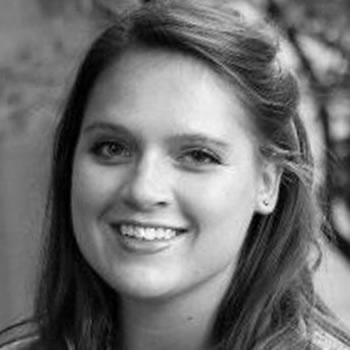