Concept to Completion - Behind the Scenes on a Motion Graphics TV Commercial: Part 2

In the last article I explained the preproduction and production process in creating a motion graphics TV spot for McDonald’s. Now let’s talk about what I consider the really fun stuff: postproduction.

Preparing Footage and Images
I began to plan out each 3D environment and gather stock images that could be used for floor and wall textures, 3D props and design elements. In addition to the numerous stock images I found to create the five opening “worlds”, I also needed to create a believable 3D set of a McDonald’s restaurant. To get realistic textures, I went to an actual McDonald’s restaurant and photographed the real walls, floors and other surfaces.

For many of these images, I used Photoshop to paint in additional pieces, change the coloration, add wording, etc. Below you can see some of the resulting images, which were used in the final commercial. 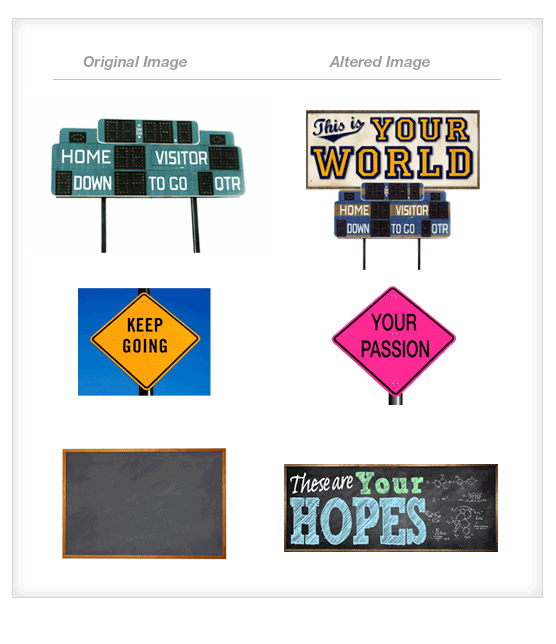 Building 3D Environments
After preparing the images in Photoshop, I was ready to build the 3D environments. This was done by orienting the flat images in 3D space to create the illusion of a wall, floor or sides of a prop. Then I added each actor into the appropriate scene to create the illusion that they were standing in the 3D world. Below are some images of the final 3D environments. 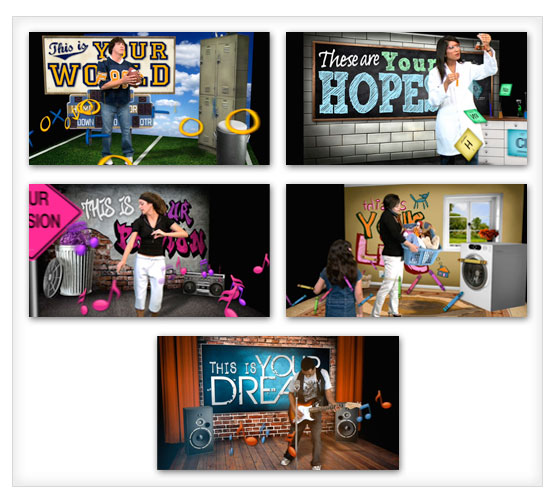 For the McDonald’s scenes, I created one large 3D environment as depicted in the images below and then dropped the actors in again, now wearing McDonald’s uniforms. 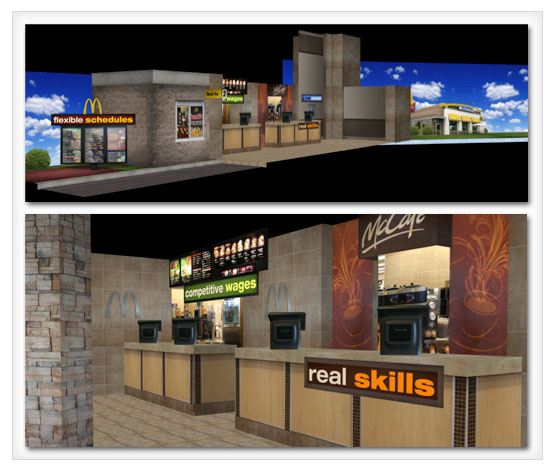 Final Animation
I then used key frame animation to tell the computer where the camera should point at any time during each shot. After fine-tuning the timing, I exported the finished animation for the final editing, sound addition and basic color correction in Final Cut Pro.