What Windows 8 Means for Marketers

Late last month, Microsoft released a new version of Windows that probably represents the most significant change in the operating system since its inception. Just like the original Windows operating system solidified the transition from the keyboard-only input of the past to the keyboard/mouse solutions we use today, Windows 8 marks a similar transition: the addition of touch-based computing into the core suite of standardized user input methods.

Until now, touch has been largely the interface for secondary devices, like smartphones and media tablets. The operating systems that most people use at work, like Mac OS, Windows and Linux have treated touch as a second-class citizen, putting the majority of the emphasis on the keyboard/mouse paradigm that's existed since the 80s.

With the release of Windows 8, Microsoft has placed a major bet on touch becoming just as important as the mouse and keyboard you use at your desk today. To get the most out of the new operating system, a touch-screen is practically a necessity. And PC manufacturers have already begun releasing innovative devices that take full advantage of the new keyboard/mouse/touch paradigm. 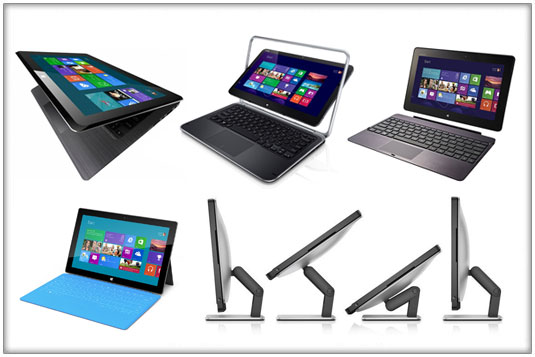 This, along with several of the other changes in Windows 8, have some significant implications for marketers. After using the operating system for close to a month, here are the biggest take-aways for marketing professionals:

In the long term, it's likely that the changes made in Windows 8 will have far-reaching implications for the future of the web and how we interact with our computers during the business day. In the short term, I'd expect quite a bit of resistance to the new paradigm. Most people don't get excited about changing their workflow, and probably won't be motivated to learn something new until they absolutely have to. The advantages of Windows 8 are best seen when using a new, modern device, not when upgrading your existing computer, so adoption will probably be much slower than Windows 7.

However, when planning your marketing for 2013, 2014 and beyond, make sure you consider that the typical computer used by your audience is likely to be much different from the one you're using today.