With the ability to uniquely see things from both the client and the agency’s viewpoint,
Jay brings a fresh perspective to helping clients grow their companies. He has also been
known to run up the score on pinball machines. 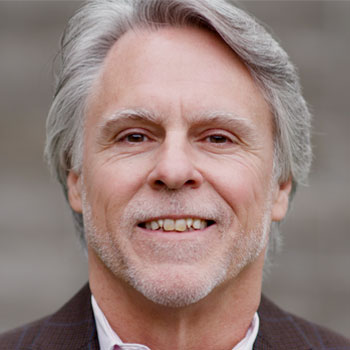 Jay delights in taking the complicated
and making it simple and effective.

Jay Mattern, Villing+Company CEO and former CEO of The Peoplelink Group, spent 32 years in the staffing industry. Under his leadership, Peoplelink had a compound annual growth rate of nearly 12 percent and became the 35th largest staffing firm in the United States. Part of that success came as a result of a well-developed marketing strategy followed by solid execution.

Jay is a strong believer in the power of marketing to turn an average company into a dynamic one, and his mission is to bring that passion to anyone who will listen. He’s also a fan of the “try it before you buy it” philosophy – prior to taking ownership, Jay was a Villing client at Peoplelink and obviously liked what he saw. With enthusiasm and energy to burn, there’s no doubt the Energizer bunny could never keep up.