Did kids ever really say, "Gee wiz, Mom, that'd be swell!" when offered a glass of milk like Wally Cleaver did on Leave it to Beaver? My Dad claims such utterances were commonplace in the 'burbs of Chicago where he grew up in '50s. The common vernacular has obviously seen its share of changes in the half century hence—fo' shizzle—but what about the ads?

In this series, we've so far looked at the early twentieth century, so now let's jump forward in time when the Boomers were in grade school. Here's a peak at some of the advertisements that were popular in a time when Elvis Presley's hip movements were obscene and an actual person showed up at your door with that milk Wally Cleaver was so pumped about.

Here's an old Ford TV spot that is interesting for a couple of reasons. For one, it's nearly two minutes long, a rarity in today's TV ad world. Also, instead of creating an abstract emotional connection like many of today's car commercials, this attempts to make a logical case as to why this particular car is superior to others on the market. Nowadays, we show more than tell, but keep in mind, this was at a time when many commercials were acted out live so it may have been at the forefront of ad messages.

Try getting that little tune out of your head in the next week. With kids ads these days seeming wildly fast-paced, enough to make your head spin with all the images flying at you, this commercial, despite it's cheesiness, is sort of a breath of fresh air. 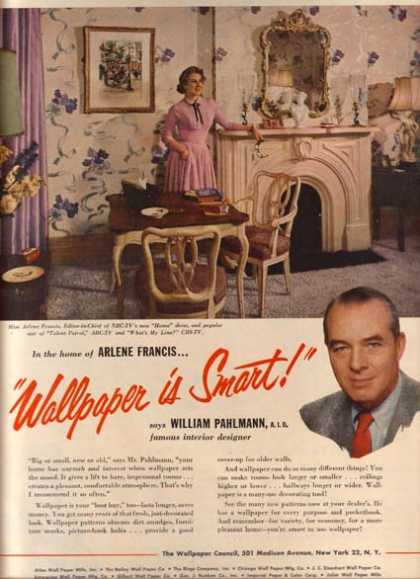 Yes, wallpaper might have a high IQ. But, how smart was that woman's decision to put up that particular wallpaper? The funny thing about this as to me is that the company name is not prominent so it works as an ad for all wallpaper, rather than them specifically. They're doing their competitors a favor! 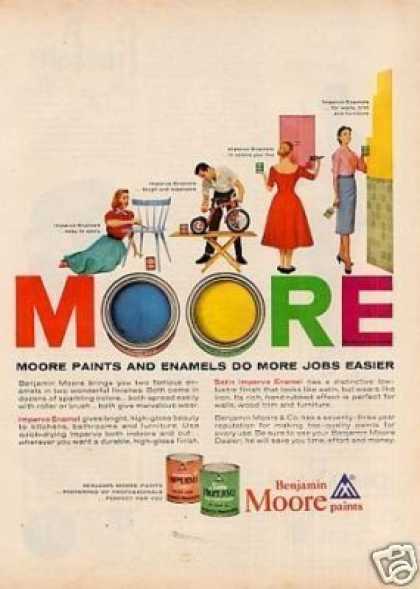 Besides the clothing styles, this ad seems like something you might still see today. Strong image tie-in to copy, simple layout, prominent company logo. This was clearly a precursor to the future direction of print. 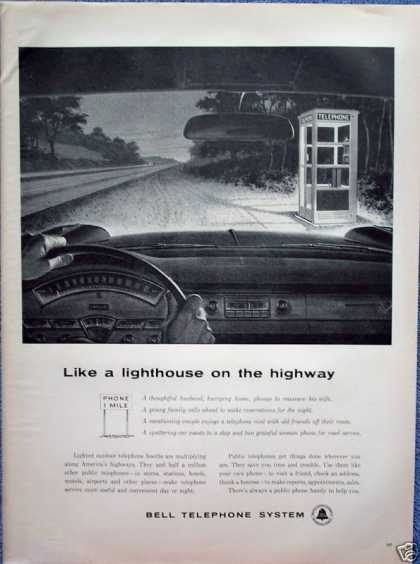 Good luck finding a pay phone these days! This to me is also reminiscent of current ads. Strong image, clear message, Bell Telephone. You get it quickly and easily, which is important as the reader is probably not spending much time on each page. 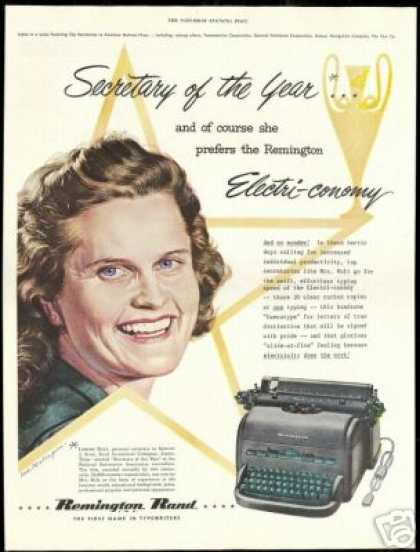 I'll bet all the other secretaries just wanted to claw her eyes out! There's probably strength to this ad that is hard to see given the dated nature of the technology and culture involved, but one could see how the authority of the best in a certain field would lend credibility to the quality of a certain product.

Next up, we're finally arriving in Don Draper's Madison Avenue era. The Golden Age of Advertising and the decade of biggest social change in America: the '60s.