“Shannon, what would you like for your birthday this year?”

This was always the question. But in my five year-old mind, people should have already known what I wanted. I wanted what seemingly every little girl wants: a new Barbie doll. Or the Barbie Dream house. Or maybe even the Barbie plane! I wanted everything Barbie.

I recently watched a new ad for Barbie that showed several young girls living out their dream jobs, at the young ages of five to seven. One young girl was shown as a professional soccer coach. Another was a veterinarian. There was even one giving a presentation to college students. But I would have to say my favorite showed a young girl as a traveling professional business woman talking on her cellphone at the airport about how great her day at the office had been. The official link to this ad and video can be found here.

While not everyone will agree that Barbie, “empowers” women, I believe this new ad will cause people to think otherwise. Before, Barbie was just a doll that I got to dress up in different clothes and make believe that she had these really cool jobs. At the age of five, the coolest job I could even think of was to be on the radio. But, as the new dolls and new Barbie’s came out, so did the career possibilities. Sometimes when I played with Barbie she was a nurse, a doctor, a school teacher, a flight attendant, or maybe even the pilot. I guess in a way, Barbie was teaching me that I could be anything I wanted to be.

In the past ten years or so, many parents have chosen not to let their children play with Barbie’s, solely because of how her “body” is designed or because of the clothing options. While these concerns have merit, there is more to Barbie and more to people than the way they dress and the way their bodies look. Although, I tend to agree that the unrealistic features of Barbie’s body may send out a negative body image to young girls, there are many other positives that come from playing with Barbie’s and dolls in general.

The important thing to remember about Barbie dolls is not that she has a “killer bod.” It's that Barbie can be anything Barbie wants to be. If she wants to be the CEO of a multi – million dollar ad agency, then Barbie will. If Barbie wants to teach elementary school kids the importance of health and wellness then Barbie will. The beauty of Barbie is that she enables young children to express their ideas, to imagine a world where they can be anything, and live in a dream house, or fly a plane.

This new Barbie ad, in my mind, will help remind adults, parents and children why Barbie’s are important to a young person’s development. It may also serve to remind the millennials who loved these Barbie’s so much that they can and should do anything they want with their lives.

This all begs the question as to whom these commercials are directed. Is it the parents who may be buying the doll just to make their children happy like my parents did? Or are the marketers targeting parents who want to teach their children they can do and be anything they want? However you look at it, this commercial sparks attention as any good ad should. The best advertising catches consumers off guard, demands their attention by engaging them with the product, and then generates excitement about the opportunities and possibilities it can lead to. Ideally this will influence consumers to go out and buy the product because of the persuasive influence of the advertising.

Like many iconic brands, Barbie has been around for years. So one has to wonder why, after years of minimal advertising, Barbie has suddenly been thrust back into our lives through this new campaign. To an outsider, the advertising might have been released to coincide with a time when the subject of empowering women is gaining new traction. However, it is more likely that the Barbie brand managers and marketing department concluded the time was right for a marketing makeover. 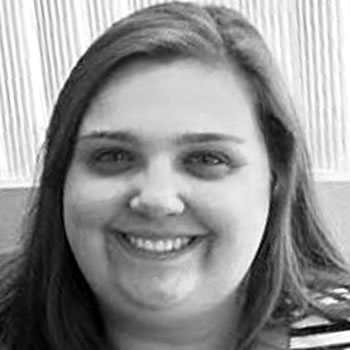